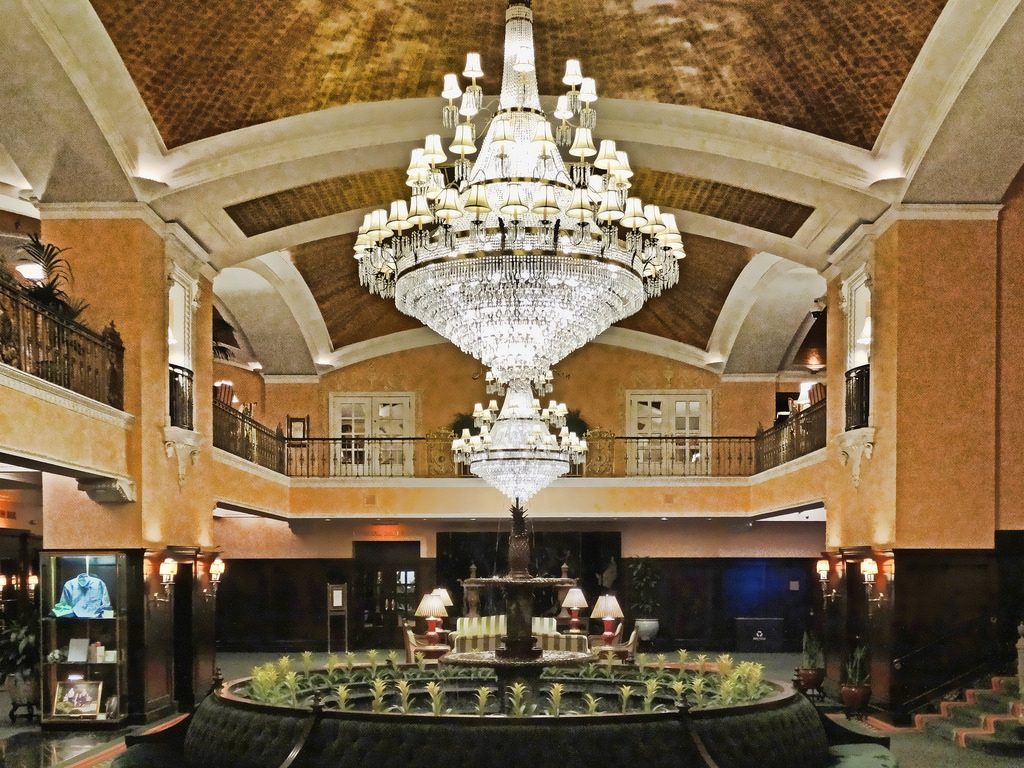 Headquartered in the elegant Amway Grand Plaza Hotel in Grand Rapids, Michigan, the Great Lakes Regional Convention kicked off its three and one half day convention on Sunday, June 30, 2019. Interestingly, the hotel was originally called the Pantlind Hotel and was the site of the first organizational meeting for the Grand Rapids AGO Chapter in 1937.

The steering committee of this convention had early discussions about how to include young organists in the convention and decided to offer scholarships to include the hotel and registration fees.  Initially it was thought that ten or twelve scholarships would be offered.  As time went on generous donors appeared to support this part of the convention, allowing the committee to offer scholarships to twenty young organists.  These folk were ushers for concerts during the convention and nine of them played in two master classes with Dr. Huw Lewis at Hope College and Nathan Laube at Park Congregational Church.

In keeping with an intent to encourage young organists, the program committee made a concerted effort to have younger artists perform.  They were able to secure performances by Katelyn Emerson, Nicole Simental and David Heinze.

In an effort to expose convention attendees to a variety of instruments both old and new, the program committee scheduled an afternoon concert at Central Seventh Day Adventist Church where Dr. Gregory Crowell played the Johnson & Son (1893) instrument.  Tuesday the convention moved to Holland where the newly installed Pasi (2016) instrument was played in concert by Rhonda Sider Edgington.   On the campus of Hope College the convention was treated to a concert by Dr. Huw Lewis on the recently installed (2015) Casavant Organ in the new Jack H. Miller Center for Musical Arts.

While in Holland, the convention offered the option to take a ride out to beautiful Lake Michigan to experience this natural wonder.  The opportunity to enjoy a box lunch on the campus of Hope College or to explore downtown Holland were also options.

Grand Rapids is favored to have several five manual instruments and two of them were featured in concerts on Monday afternoon and evening.  The first was at LaGrave Avenue Christian Reformed Church.  Todd Wilson played the Austin/Allen 1996 organ.   Ken Cowan played the evening program at Fountain Street Church.  The organ there is like that at LaGrave although the work was completed in 2003.   Both of these recitalists play from memory and never disappoint in concert!

On Wednesday the Grand Rapids Public Museum was one of the venues where the Wurlitzer (1928) theater organ was featured with Clark Wilson providing music for a hilarious Laurel & Hardy silent film.  At lunch that day, the convention convened outdoors to hear a carillon recital on the campus of Grand Valley State University.  Helen Hofmeister was the recitalist.

The convention also included worship services beginning with a prelude by Nicole Keller and Evensong presented by the Grand Rapids Choir of Men and Boys at Trinity Lutheran Church.  The Festival Worship Service was held at the Basilica of Saint Adalbert and featured local musicians in the choir, conductor, Larry Biser and organist, Jonathan Tuuk.  A concert at Central Reformed Church featured Scott Dettra and the Majestic Brass.

The convention ended with a banquet that was included in the price of registration in the opulent Pantlind Ballroom at the convention hotel.  The final concert of the convention was at Mayflower Congregational Church with Nathan Laube.

Receptions and coffee breaks were inserted throughout the convention to give attendees the opportunity to connect with new and old friends which contributed to a feeling of a more relaxed schedule.  We owe thanks to Third Reformed Church in Holland, Fountain Street Church and LaGrave Christian Reformed Church in Grand Rapids for their hospitality. There were opportunities to learn through many workshops interspersed within the daily schedules.

With nationally recognized artists like Lynne Davis, (who graciously agreed to an on air interview on the local public radio station before the convention began), Ken Cowan, Nathan Laube and Todd Wilson, this convention was a success in bringing the best of the organ world to Grand Rapids, Michigan.